A Better Approach to Pandemic Threats

“The business of business is business,” proclaimed Milton Friedman, one of the most famous economists of the 20th century. This catchy phrase makes three key points. Firms ought to be focused on promoti 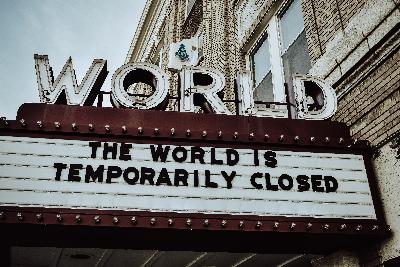 ng shareholder interest, on making profit, the more the better – but they should do this, one might add, without blatant violation of the law (grey zones are another matter). Moreover, governments, regulators and the general public ought to let firms get on with this job; they should keep legal restraints and regulatory burdens slight and simple so that firms can go about their business with minimal constraints, distractions and friction costs. Finally, firms and economists should prod and lobby officials and the public toward the right – light – approach that gives firms much freedom to prosper.

Friedman’s view is widely shared among people in the business world, in the financial sector, in economics departments, in politics and in the general public. It resonates with the idea that freedom is good in itself. It also draws support from the thought, powerfully articulated by Bernard Mandeville (1714) and Adam Smith (1776), that the profit motive is a stronger, more reliable source of public benefit than altruistic virtue.

Imagine a pharmaceutical sector that takes Friedman’s mantra to heart, firms that exist in the world as we know it, dependent upon monopoly markups for their earnings and single-mindedly devoted to advancing shareholder interest. How would such – hypothetical – companies respond to something like the COVID-19 outbreak?

African Health and its Complexities

Africa is vast and it’s filled with thousands of ethnicities that contribute to the continent’s interesting but beautiful complexity. Although 55 member states 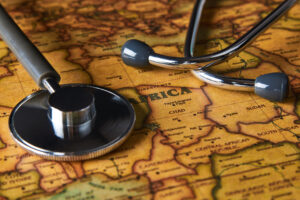 have united to form the Africa Union, this continent still remains fractured where public health is concerned.

According to an IFC report, Health care in Sub-Saharan Africa remains the worst in the world. The shocking statistics of how few countries in this region are able to spend $34 to $40 a year per person, which the World Health Organization considers the minimum for basic health care, reveal how damaged the public health sector is in Africa.

An article published by Obinna O Oleribe and his colleagues in 2019 discussed the key challenges facing healthcare systems in Africa. Their research showed that many of the health care networks or infrastructures suffered from neglect and underfunding.

The lack of financial support in many of the African countries has led to a devastating brain drain. Medical professionals are migrating to countries where their highly sought-after skills are generously paid for compared to their country of birth.